Useful resources for theses or dissertations on transcreation

One of the things that most fascinates me about interpreting for the music industry is the idea of working as a team with the artists I translate for at press conferences and roundtables.

Sitting next to them, I look for eye contact (unless they’re wearing sunglasses like Mark Ronson or Noel Gallagher!), take notes while I listen to them and “jump into character”. But first, I get to know them inside out. As an interpreter, I have to do justice to what the musician says – both explicitly and tacitly – and their unique way of expressing themselves. But an event’s success also depends on how well we work together. How naturally we connect and collaborate can make a big difference.

All this inevitably became a lot more complicated when the COVID-19 pandemic forced roundtables to move to Zoom.

There’s no physical proximity, eye contact becomes difficult and there might not even be the opportunity to do a technical rehearsal beforehand. At a roundtable, consecutive interpreting goes more or less like this:

So what’s the problem?

On a video conferencing platform some people are connected via their computer, some via a tablet and others via their smartphone. Some use a headset, others rely on their computer’s microphone, and others choose to use the earphones on their mobile phone. Some have ultrafast fibre broadband while others speak in fits and starts with a robotic voice (and might even forget to turn off their microphone when they’ve finished speaking!) because of their poor internet connection. Plus any of the other hilarious situations featured on this “Zoom bingo card”… 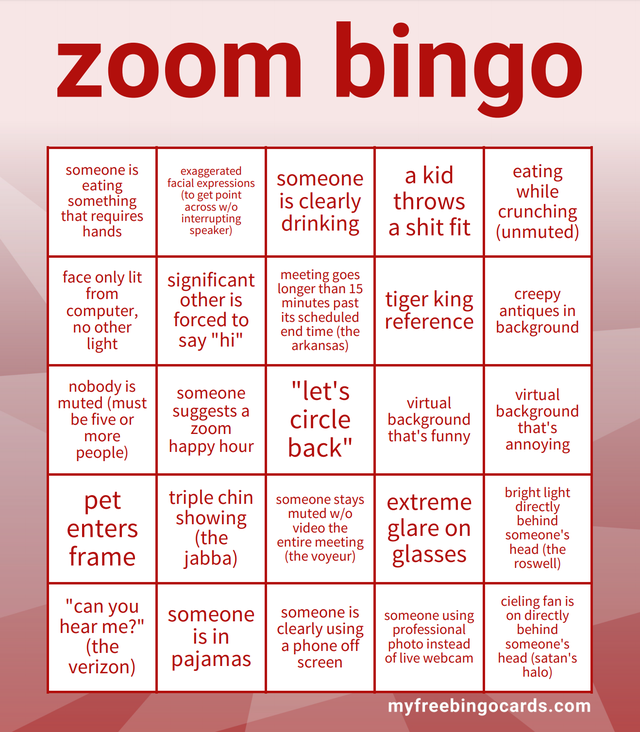 So, with all this going on, media events can become a bit of a song and dance.

And it’s because of this that I have sometimes been asked to do a kind of “one woman show”!

What this means in practice is that, in addition to translating, I’ve also moderated the event. An example? When Nothing But Thieves presented their new album Moral Panic online to the Italian media, I led a bilingual talk show of sorts:

Some more traditional colleagues might object, stating that an interpreter’s job should be to translate and that’s it. I understand.

But I should also mention that I have a background in music journalism, which makes me a hybrid professional with added value. I talk in more detail about this in section 5 of my paper “Hybridisation adds value in translation and interpreting” (Cultus: the Journal of intercultural mediation and communication 14, 2021).

On the other hand, I’d be lying if I said it was a piece of cake: the cognitive load greatly multiplies when you’re facilitating the roundtable as well as translating it. But if Massimo Cotto, legendary Italian journalist and Virgin Radio host gave me this feedback… then I think I should give myself a pat on the back!

Want to know more about my interpreting services? Unfortunately, I don’t have any recordings of my remote performances, but you can see several of my live interpreting projects.